Small Claims – Where Does Serbia Stand 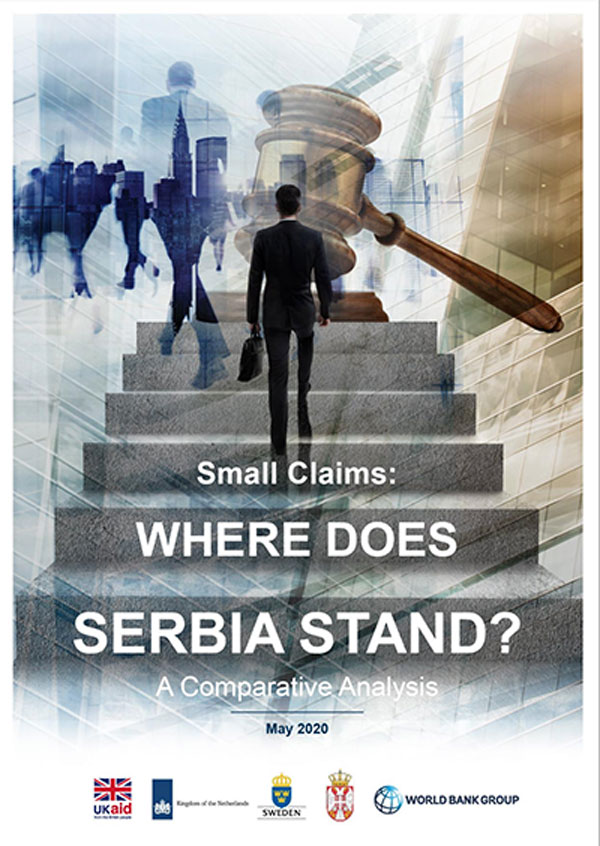 Evidence suggests that poor court performance negatively affects the economy. Complaints about the business climate are often associated with complicated procedural laws and backlogs that beleaguer the system and slow it down. In recent years, small claims have been receiving increased attention. The World Bank addresses the issue in various documents, including the Doing Business Report, that recognizes “small claims courts or simplified procedures for small claims, as the form of justice most likely to be encountered by the general public, play a special part in building public trust and confidence in the judicial system. They help meet the modern objectives of efficiency and cost-effectiveness by providing a mechanism for quick and inexpensive resolution of legal disputes involving small sums of money. In addition, they tend to reduce backlogs and caseloads in higher courts.”

According to the European Commission for the Efficiency of Justice (CEPEJ) 2018 report, it takes on average 315 days to resolve a civil and commercial case in a first instance court in Serbia. This is well above the EU average of 233 days. Тhe 2014 Serbia Judicial Functional Review recommends streamlining the procedure for small claims to accelerate the processing and resolution of these cases. Small claims procedures are designed to resolve civil and commercial disputes below a certain value threshold in a way that is simpler, quicker and cheaper than the general procedure. The small claims procedure in Serbia is applicable to civil disputes with a value below EUR 3,000 and commercial disputes with a value below EUR 30,000. Small value cases that get stuck in Serbia’s Basic Courts perpetuate backlogs, hamper access to justice and consume a disproportionate amount of judicial resources relative to the value of these cases.

To empower Serbian authorities to adopt informed decisions the MDTF-JSS team prepared Report that provides a comparative analysis of the procedure for resolving small claims in Serbia and recommendations to improve it, based on lessons learned from comparator jurisdictions: Austria, Denmark, Estonia, Germany, Latvia and Slovenia. Over the last two decades Serbia has introduced numerous simplifications to its small claims procedure but there are several aspects that could be improved. The improvements likely to have the greatest impact are: limiting the scope of the procedure; reforming the existing payment structure for court fees; introducing a well-structured written pre-trial phase; and allowing for a written-only process, unless parties have explicitly requested a hearing. The conclusion section of the Report provides a detailed delineation of the proposed recommendations.